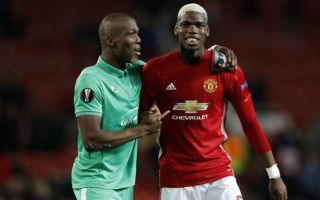 Manchester United star Paul Pogba has been urged to quit the club for Real Madrid by his brother Florentin.

Watch the video below in which both Pogba’s twin brothers Florentin and Mathias discuss the France international’s situation at Old Trafford.

Florentin is very open about the fact that he wants to see Paul swap Old Trafford for the Bernabeu, and United fans are bound to be irritated at the regular media appearances from these two.

Pogba’s future has been up in the air for some time now, with his brothers and his agent Mino Raiola only fuelling the transfer gossip and unsettling Man Utd.