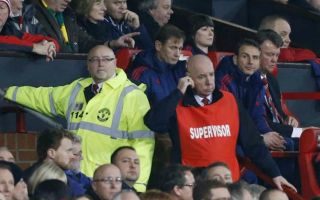 Several members of CSG security staff at Manchester United’s Old Trafford stadium have been accused of some shocking racist abuse towards a 19-year-old working at the club.

According to this account below from Kids of Colour, a recent incident took place at United’s home ground towards a 19-year-old named only as ‘K’ in the report.

The allegations against these security staff are absolutely shocking, with the teenager initially denied access into the stadium despite working for Arc Hospitality inside the ground.

His bag was searched for knives and he was not allowed in, with several members of the security team seeming to gang up on him.

PLEASE SHARE: Racist abuse by CSG security staff at #ManUtd. Note: the statement includes racist and physical abuse of a young man. The photo is him 4 years ago, representing @MU_Foundation.

One is even alleged to have said: “I can buy and sell you. You’re a slave” and “at least I have my own last name”.

A brutal physical attack is alleged to have followed outside the ground, with police offering little in the way of a response.

If this is accurate, Man Utd and CSG have serious questions to answer, with behaviour like this totally unacceptable.

It is a sad reflection of the recent changes in the UK, with racism in football and all walks of life widely reported to have been on the rise for the last three or four years.