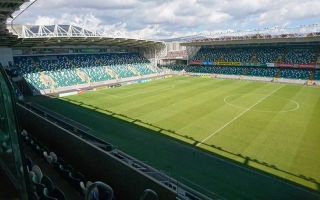 We’ve seen a lot of concern in Europe as the Coronavirus continues to spread, with fixtures in Spain, Italy, France and many more countries now being affected.

There hasn’t been as many cases in the UK so the football here has been largely unaffected, but that could be about to change after it was confirmed that a Linfield player has tested positive for the virus:

Linfield have confirmed that one of their players have tested positive for coronavirus. pic.twitter.com/7pR5QRgBlZ

It’s not clear which player is affected and in many ways that’s not the important thing here, but of course we should all wish them a speedy recovery.

This will raise a lot of questions about games being postponed or played behind closed doors in Britain. Up to now we’ve really just seen advice about avoiding contact and players being instructed not to shake hands before or after the game.

There’s no sign of anything happening at this point in terms of more action being taken by the authorities, but if players and fans continue to catch it then we might start to see competitions being suspended.