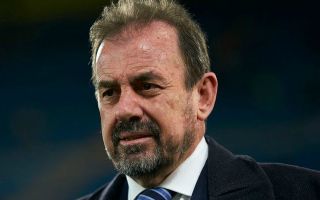 Getafe have refused to travel to Italy ahead of their Europa League tie against Inter Milan on Thursday evening.

The club’s president, Angel Torres, has officially stated that he would rather his side lose the fixture than travel following escalated concerns with the coronavirus outbreak. Milan has been one of the most affected areas of the virus across Europe, with Italy postponing all Serie A games until at least April.

As quoted by Reuters, Getafe’s president has asked for the tie to be suspended: “We have looked for an alternative to playing in Milan. We don’t want to be in the focal point of the coronavirus outbreak, we don’t need that. We have also asked the (Spanish) federation to demand the suspension.”

The club is clearly worried about their squad’s health heading into Italy, stating that he would rather forfeit the game than take any risks. As per the same report, Torres further says: “If we have to lose the tie, then we lose it. We don’t want to run any sort of risk. We are really excited about this match but if we have to lose it, then so be it.”

Such news has clearly put a dampener on Getafe’s achievement to reach this stage of the competition, with the Spanish side exceeding all expectations so far.

An official statement is yet to be made on the fixture, but it’s clear that Getafe’s standpoint is to not travel. It would be a shame to see them be forced into a forfeit, especially considering the alarming situation around the virus.