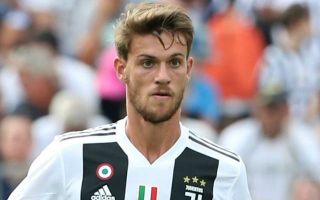 There may have been many fans who felt the measures to suspend or play games behind closed doors were excessive, but this shows why it was happening.

Although playing a game behind closed doors might keep the virus away from fans, players are humans too and are just as likely to catch it as the rest of us.

Italy has been particularly badly hit in recent weeks as seen with Serie A being suspended for now, and it seems that Juventus star Daniele Rugani has tested positive for the Coronavirus:

Juventus defender Daniele Rugani has been found POSITIVE to Coronavirus ?

Realistically it shouldn’t matter how high profile the player is, it’s awful and we wish him a speedy recovery, but this was always going to garner a lot of attention.

It seems Juve had still been training and their Champions League second leg vs Lyon may be in doubt, as you expect the players will now need to self-isolate if they’ve been in contact with him.

In a sad way at least this does vindicate the decision to shut the league down for now, while it may also call into doubt the England vs Italy fixture later this month.