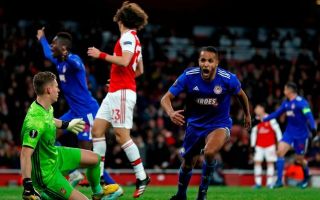 Olympiacos have announced that none of their players have tested positive for coronavirus, despite the public announcement yesterday that their owner Evangelos Marinakis has contracted the illness.

The Greek giants are due to play Wolves in the Europa League this Thursday night, and there have been justifiable concerns about the match going ahead due to the situation with the club’s owner.

Coronavirus has shown itself to be highly contagious after rapidly spreading from China to several countries all over the world, but it seems Olympiacos players have been unaffected, according to a statement on the club’s official site.

Olympiacos also add that other members of staff and the club board have also all tested negative for the virus.

It still remains to be seen how the spread of coronavirus will affect the football season as a whole, with a growing number of games being played behind closed doors and the Serie A season recently being suspended.

It does not seem out of the question that something similar could happen in other countries and other competitions in the coming weeks.