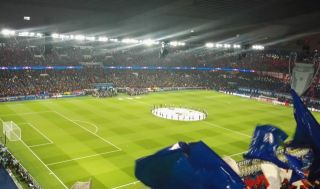 Paris Saint-Germain take on Borussia Dortmund in the Champions League tonight but will play in front of just 500 people at the Parc des Princes.

This is part of football’s ongoing response to the coronavirus crisis as it spreads across Europe, leading to many other games also being played in empty stadiums and the Serie A season even being suspended.

According to latest reports from France, PSG’s clash with Dortmund will go ahead tonight, but there will only be around 500 people present to see it.

This will include PSG’s president Nasser al Khelaifi and other board members, as well as media crew.

However, there will not be the usual post-match press conferences and mixing of members of the media with players and coaching staff.

It remains to be seen if, realistically, the season can carry on as planned as the coronavirus continues to spread, with some speculation already about postponing games for a few weeks or maybe more, and allowing the season to run on into the summer.