Red Bull have brutally trolled Tottenham after RB Leipzig dumped the club out of the Champions League in their last-16 match last night.

The Bundesliga outfit, one of a number of football teams owned by the Austrian energy drink, tweeted this little reference to Tottenham’s north London rivals Arsenal below… 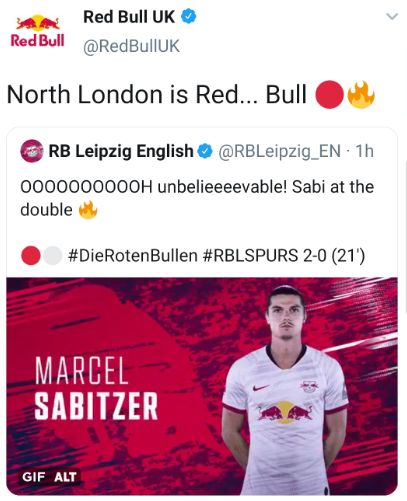 The phrase “North London is red” is often a taunt used by Arsenal fans against Spurs, and in this case Red Bull have cleverly used it to reference their own brand.

Tottenham lost 4-0 on aggregate to exit the Champions League early this season, despite having made their first ever final less than a year ago.