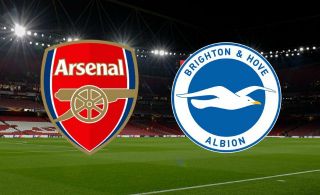 Brighton and Hove Albion have officially confirmed this evening that their weekend Premier League clash with Arsenal will not go ahead.

The Gunners have been rocked by the news tonight that manager Mikel Arteta has tested positive for coronavirus, with the club confirming on their official site that several members of staff at the Emirates Stadium are now in self isolation.

This has led to Brighton announcing on their official site that the visit of Arsenal has now been postponed, and one imagines the whole Premier League will soon follow suit.

This has been the case across most of the major leagues in Europe, and the English top flight have said on their official site that they will hold emergency talks over the situation on Friday.

It’s surprising the Premier League did not come to this conclusion earlier, and it now seems sensible to generally ramp up efforts within the whole UK to try to tackle the spread of coronavirus.

Prime Minister Boris Johnson said today, as quoted by BBC Sport, that the government was considering cancelling sporting events, and the Arteta news now surely means this has to be the next course of action as soon as possible.