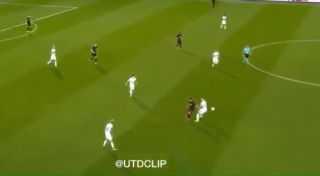 Manchester United midfielder Bruno Fernandes is enjoying his football at the moment, and this lovely bit of skill in tonight’s Europa League clash against LASK illustrates that.

Watch the Portugal international produce a clever touch and turn away from his opponent, as he continues to play with confidence and flair in a red shirt.

Fernandes joined United from Sporting Lisbon in January and many felt he might not live up to the hype at Old Trafford, but he’s taken the move up a level with real ease.

The Red Devils needed a talent like this in their side after a difficult first half of the season, and he’s proving to be a joy to watch again this evening.