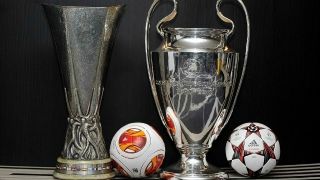 The Champions League and Europa League are set to be suspended immediately, according to Spanish outlet Marca.

This announcement is set to take place on Thursday afternoon, after La Liga officially confirmed that their league would be suspended until April.

MORE: Juventus star says he won’t return from homeland due to coronavirus fears

Sports around the globe are feeling the full effect of the coronavirus, with officials trying to prevent the escalated spread of the virus at all costs. Many football games have been played behind closed doors across Europe, but it now appears that Uefa are calling a stop on the game all together.

As per Marca, the suspension of both European competitions will effect Thursday’s games, meaning as many as six games will be cancelled today (two already confirmed).

Real Madrid have also announced that their squad has been placed under quarantine, after one of their basketball players tested positive for coronavirus. Their upcoming tie with Manchester City will therefore not go ahead, with three other CL games looking destined to be cancelled.

Whilst no official announcement has been made yet, countries around the world look set to follow in the same direction.

Many societies are being encouraged to avoid spaces with large groups of people, making the cancellation of large football events the rather straightforward call to make.