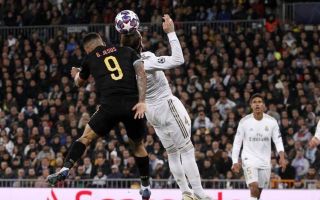 It’s getting to the point where most sporting events are going to be called off, and the Champions League second leg between Man City and Real Madrid is the latest to fall.

It seemed like the authorities were still determined to keep things going, even if that meant playing games behind closed doors to keep the fans safe.

The problem now is that players are being affected, so there’s no way that the games can be played anymore.

A statement from the Man City website confirmed the postponement of the game, and it’s some very worrying news from a Real Madrid point of view.

They say that one of Real Madrid’s basketball players has tested positive for the virus, and that means both the basketball squad and the football players need to self isolate for fifteen days as a result.

Obviously their health is the most important thing here, so we wish them all a speedy recovery, while there’s no new date for the game to be played at this point.