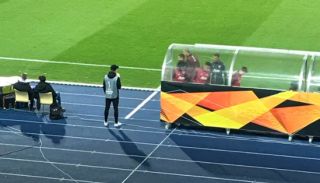 Manchester United players gathered around the pitch-side monitors to get another look at Odion Ighalo’s goal against LASK.

The Red Devils won 5-0 in their Thursday night Europa League match, with Ighalo’s goal certainly the pick of the bunch as the on-loan Nigerian striker continues to shine for the club. 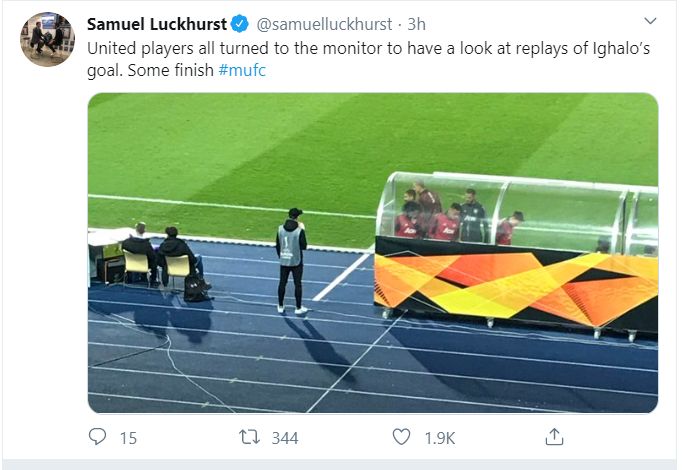 See the tweet above from Samuel Luckhurst of the Manchester Evening News, which shows Man Utd players huddled together to watch a replay of the Ighalo goal.

It really was worth a second watch, and it’s nice to see the MUFC players enjoyed it as much as the club’s fans will have!