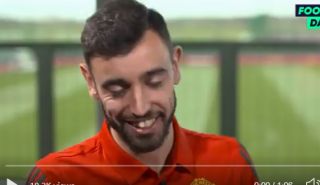 Watch below as the Portugal international accuses Guardiola of not showing him respect during that moment, so he didn’t feel the need to show any back.

Bruno Fernandes talks for the first time about the moment he told Pep Guardiola to shut up in the Manchester Derby. [FD] pic.twitter.com/kt2G6rYoct

This is despite Fernandes insisting he does have plenty of respect for what Guardiola has done in his management career, hailing his positive impact on the game.

This was quite a moment between the pair, however, and Man Utd fans will love that Fernandes isn’t prepared to take any rubbish, even from the biggest names!