The coronavirus pandemic is continuing to decimate the football calendar, with more games and competitions being called off as precautionary measures.

The second leg of the Champions League Round of 16 tie between Manchester City and Real Madrid had already been postponed due to a positive test from one of Real’s basketball players according to MARCA, meaning that their football team were put into quarantine.

It’s since emerged that City’s Benjamin Mendy is in precautionary self isolation after a member of his family fell ill at his house. Daily Mail reporter Jack Gaughan reported the news initially on his Twitter account, before placing the news on Mail Online.

Benjamin Mendy in precautionary self-isolation after family member fell ill at his house with respiratory problem. Relative tested for Coronavirus and is awaiting results.

The relative has, apparently, been tested for coronavirus with results awaited.

It’s an unprecedented situation and one that is constantly evolving. At present, the Premier League continues, as does the Champions League and Europa League, but given the seriousness of the outbreak, it surely would be no surprise for all three competitions to be postponed in due course.

With the safety of players paramount, clubs cannot afford to take any risks whatsoever. 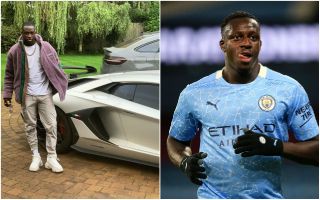