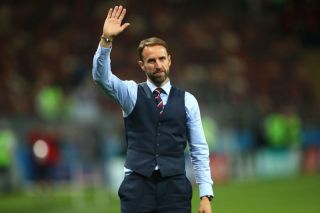 Danny Rose believes that he should be included in England’s EURO 2020 squad, as reported by The Sun.

The 29-year-old joined Newcastle United on loan from Tottenham Hotspur back in January and has quickly asserted himself as Steve Bruce’s starting left-back.

Results have improved recently for the Toon Army too, with the side winning two and drawing one in their last four Premier League games, with Rose starting in all.

Survival now looks to be confirmed for the Tyne and Wear club, with the Englishman having his eyes set on the summer with England.

Whilst his performances have been relatively consistent for his new club, Rose believes he offers more off the field for his national team: “I do need to be playing well but it’s not just about performances. You could be on the road for four or five weeks so it is no good picking people who may be disruptive.”

The left-back clearly feels like he is an important member in building morale in the squad and rates his chances of making the final cut: “I feel confident I will be selected but I don’t think I’m just selected on performances. I do bring a lot to the camps and I know he realises and values that.”

Ben Chilwell has started in England’s last three games, with Gareth Southgate clearly favouring the Leicester defender as his number one option in that spot.

This does potentially leave room for one other to be taken in the summer though, with Luke Shaw also worthy of a mention. The Manchester United defender has been impressive in Ole Gunnar Solskjaer’s side since the turn of the year, with the Red Devils seemingly turning a corner.

From Rose’s comments though, the Newcastle man is certainly confident.