Currently valued at €6 million according to Transfermarkt, the 20-year-old has spent this season on loan at Championship clubs Charlton Athletic and Swansea City. Gallagher made 26 appearances for the former, scoring six goals while providing four assists. He was recalled to Chelsea in January before joining Swansea City on loan for the remainder of the season. Gallagher has made ten appearances for Terry Cooper’s side, providing five assists so far.

According to the Sun, Vitesse are interested in signing the 20-year-old on loan for the 2020/21 season. This report also claims that Burnley are keen on Gallagher’s signature as well.

Gallagher has done pretty well in the Championship this season so far, something which helped the likes of Tammy Abraham and Mason Mount in becoming a regular for the team in 2019/20.

Vitesse who are currently seventh in the Eredivisie would benefit if they manage to sign the 20-year-old and he could also find a good amount of first-team opportunities there. 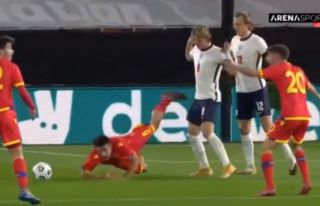