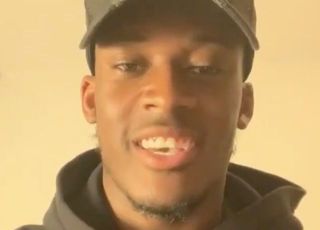 Chelsea ace Callum Hudson-Odoi has posted a video message offering an update on his health after testing positive for coronavirus.

As noted by BBC Sport, the 19-year-old became the first Premier League player to test positive for the virus, while Arsenal boss Mikel Arteta has also contracted it.

With a worrying increase in cases both in and out of football, the Premier League is set to hold an emergency meeting on Friday morning to make a decision on the fixture schedule and whether or not games should go ahead as planned.

However, there is positive news as far as Hudson-Odoi is concerned, as seen in the video below, as he has confirmed that he did have the virus, but has now recovered from it.

That is of course great news and it’s hoped that there aren’t further cases within the Chelsea squad and staff as the BBC report above adds that all concerned are now in self-isolation.

With a game against Aston Villa currently scheduled for Saturday evening, it seems highly unlikely that will go ahead given the current situation, but the clubs will all have to agree that the best course of action for now is to suspend the league and perhaps push back the fixture list until the situation has eased.