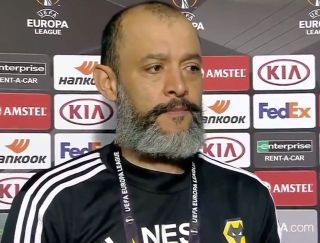 Wolves boss Nuno Espirito Santo was clearly far from happy to be playing his side’s Europa League encounter with Olympiacos on Thursday night.

The Premier League side secured a 1-1 draw in the first leg of their round-of-16 tie, with Pedro Neto grabbing a priceless away goal against the hosts, who took the lead early in the second half despite being reduced to 10 men.

In turn, perhaps the result will have given Santo a reason to be pleased after the game, but speaking to BT Sport ahead of kick-off as seen in his interview below, he was clearly disappointed and frustrated that the game was still going ahead amid the coronavirus crisis.

Given the owner of the Greek side, Evangelos Marinakis, tested positive for the virus and the Arsenal squad have since been put in self-isolation with boss Mikel Arteta now also testing positive after the two sides met in the Europa League at the end of last month, it was a bizarre decision from the authorities and a potentially risky one.

It is hoped that the virus isn’t passed on further as a result of playing this game, while with more cases being reported around the Premier League, it is surely a matter of time before the season is suspended with countless other leagues and sporting bodies doing the same around the world to try and limit the spread of the virus.

"You realise what's happening worldwide, people are dying, now we have to play a game of football?"

Wolves boss Nuno Espirito Santo is not happy that his side are being made to play Olympiacos tonight. pic.twitter.com/efGYOs2Ide

Arteta gets team selection spot-on as youthful Arsenal side are too good for spirited Wolves July 4, 2020 19:45
Arsenal FC

‘Ripped me apart’ – Liverpool’s Andy Robertson has named the player who taught him a lesson May 8, 2020 11:58
Liverpool FC 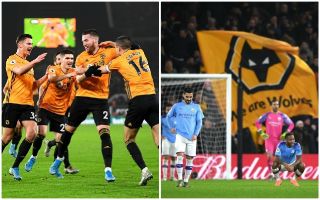