It felt like the Champions League loss to Atletico Madrid might have strangely been a good thing for Liverpool, particularly when it comes to keeping the squad together.

If they had finally won the league and defended their Champions League crown, then there wouldn’t be anything else for them to achieve, so this might help them retain their star players.

READ MORE: Relief for Liverpool as report suggests they will be awarded the Premier League title

On the other hand, the rumours are starting to build about some of their best players moving on, and Mo Salah seems to be the name that’s consistently linked with a move.

According to DonBalon, He could be the player that PSG chase as a replacement for Neymar or Mbappe should they decide to move on.

It could trigger several top signings if this happens, with the report suggesting that the Parisians would pay €175m to sign the Egyptian, and that would then lead to Liverpool signing Jadon Sancho as a replacement. 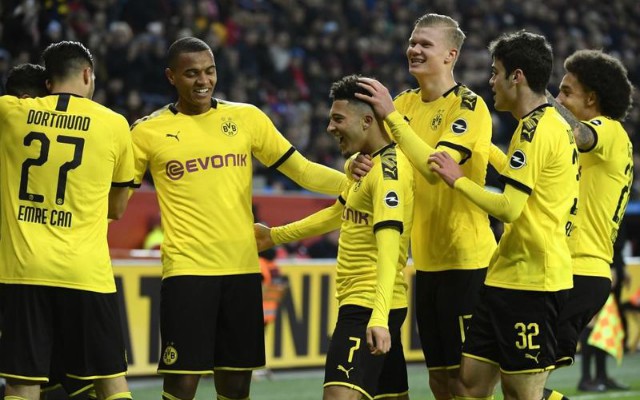 Sancho with his Dortmund teammates

It’s clear that both Salah and Sancho are top players, but Salah is also well suited to Jurgen Klopp’s style so it would be a risk to let him go, but it does sound like Sancho would be cheaper than €175m and he’s also younger so that could come into Liverpool’s thinking.

It would be a tough call to make but Salah does turn 28 in the Summer and these are the prime years to sell him on, so perhaps it would make sense to take the money and rebuild?