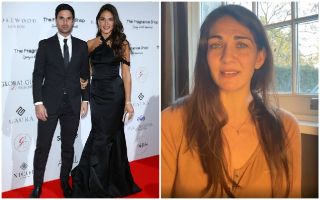 Arteta took to social media yesterday to reveal that he was already ‘feeling better’ after the diagnosis.

The former Arsenal captain’s wife has confirmed that he’s “feeling fine” and shared further details on the virus in a video message that was uploaded to Instagram at 12pm yesterday.

Arteta contracting the virus led to the Premier League suspending all matches until April 4 at least.

Lorena reiterated that Mikel is ‘well’, adding that the symptoms the Spaniard displayed ‘would have never’ stopped him from going to work in a normal situation and that he felt ‘nothing major’.

She revealed that Mikel has ‘some temperatures, some headaches but that’s it’. Lorena added that she, along with the couple’s children are ‘perfectly well.’

Lorena then passed on some information regarding the Coronavirus that had been shared with the family by doctors.

It takes immense strength for Lorena to share an update at this testing time for her and Mikel’s family, we’d like to send our best wishes to the Arteta family – as well everyone affected by the virus across the world.