Chelsea are reportedly plotting a move to beat rivals Arsenal to the transfer of Middlesbrough wonderkid Calum Kavanagh.

The 16-year-old is highly rated at Boro after impressing at youth level, looking one of the stand-out stars of the Championship club’s academy at the moment.

This has seemingly led to interest from bigger clubs, with Chelsea seemingly keen to ensure they land Kavanagh ahead of Arsenal amid doubts over his future at Middlesbrough, according to the Sun.

The Sun explain that Kavanagh and Boro have so far been unable to agree on the length of a new contract, which could pave the way for a departure in the near future.

The Blues are also linked in the report with 14-year-old Scottish prospect Harvey Gilmour, and with 17-year-old Hartlepool goalkeeper Brad Young.

This shows a clear change of policy at Stamford Bridge, with the west London giants increasingly looking to develop young players and blood them in their first-team.

Kavanagh looks another big prospect who could be a hit at Chelsea in the future if he does join, with manager Frank Lampard clearly willing to gamble on youngsters, as he’s shown this season.

Arsenal have more of a history of promoting youth in this way, but it remains to be seen if a talent like Kavanagh would now choose a move to the Emirates Stadium over Stamford Bridge.

Unlike in the past, a youngster joining Chelsea doesn’t necessarily now mean simply spending years out on loan before being moved on. 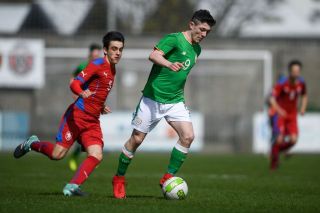