Valencia defender Ezequiel Garay has confirmed via Instagram that he has contracted coronavirus.

The Argentine has become the first La Liga player confirmed as having the illness which is rapidly spreading around the world.

Writing in the post below, Garay says he feels “very well”, which is in line with how others in football seem to have responded to it. 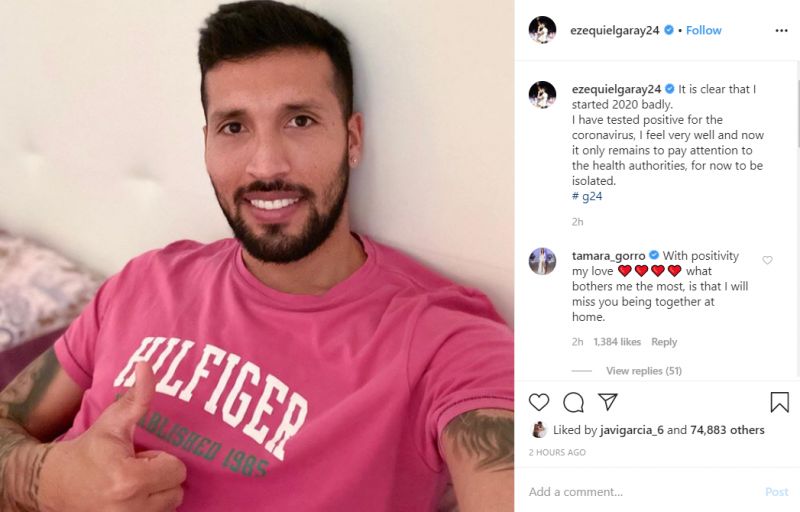 In the Premier League, Arsenal manager Mikel Arteta recently contracted coronavirus, while Chelsea’s Callum Hudson-Odoi has also revealed he’s already had it and recovered from it.

We wish Garay well and just hope that the suspension of the major European leagues means the virus can spread much less quickly.