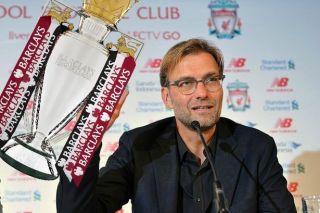 Former Liverpool star Stan Collymore has explained how he thinks the Premier League season should be completed in what may be the most sensible explanation we’ve heard so far.

The English football season has currently been halted for at least a month due to the outbreak of coronavirus in the UK, following the suspension of other major leagues around the world as well.

This has, however, raised some doubts over whether the season can realistically resume at all, with the cases of coronavirus currently expected to rise over coming months.

This could mean, at a worst case scenario, that football cannot start up again for possibly as long as six months, by which time we would be eating into the 2020/21 season schedule.

Writing in the Daily Mirror, Collymore believes it’s best to try to end the season at 29 games, with no relegation, and with promotion for the teams currently occupying the top two spots in each division, with extra relegation places the following year to get the leagues down to their previous numbers.

“It would be an absurdity, even in these exceptional circumstances, if the season were to be voided,” Collymore said.

“And a club that have a 25-point lead and need just two wins from their remaining nine games were ­denied the right to be determined champions of England.

“Liverpool have quite obviously been the best team in the country this season by miles and they deserve to be recognised as such for the first time in 30 years.”

He added: “My solution for the Premier League would be to get all 20 teams to 29 games as quickly as possible.

“It would take just two matches – Sheffield United versus Aston Villa and Manchester City versus Arsenal.

“The Blades and the Villans could even have played behind closed doors this weekend, given that no one from either side has tested positive for COVID-19.

“And while City versus Arsenal is the tricky one given Mikel Arteta’s health, we could get that game done and dusted as soon as everyone from both camps is declared fit.

“Then, at least, everyone would have played the same number of fixtures and we could say that whatever ­position each team was in after 29 games was the position they had finished in.

“Now, I know that would lead to ­problems with relegation.

“Because teams will say, ‘Well, hang on, look at our run-in, it’s easier than theirs and we think we’d have got out of trouble’.

“So to avoid any complaints or even litigation, the best thing would be to not relegate anyone.

“On the face of it, that would have ramifications on promotion as well.

“And I don’t want to detract from the success Leeds, West Brom, Coventry, Rotherham, Crewe and Swindon have enjoyed this season. So to keep things fair, I’d promote them all and play with two extra teams in each division next season.

“The key to that working would then be for five teams to go down in a year’s time to reduce the numbers in each division to what they traditionally are.

“This would be the fairest solution, as far as I can tell, because simply ­restarting the leagues when the World Health Organisation says it’s OK would probably delay next season… and that comes with its own set of problems.

“So let’s get everyone to the 29-game mark and if the pandemic doesn’t show signs of abating any time soon, then let’s just call it – and hand Liverpool the trophy they so richly deserve.”