Juventus intend to offload underperforming star midfielder Miralem Pjanic with Paris Saint-Germain among the clubs interested in his services, according to reports in the Sun.

Pjanic joined Juve from Roma in 2016 and has featured heavily for the Old Lady in the past three seasons but has hit a poor run of form this season under Maurizio Sarri.

The Sun claim that Juventus are keen to offload the 29-year-old who has made 31 appearances for the Turin outfit this season, scoring three goals.

Pjanic is at the moment only a squad player under Maurizio Sarri, with the Italian manager favouring Rodrigo Bentancur, Blaise Matuidi and Aaron Ramsey in midfield over the Bosnian international. 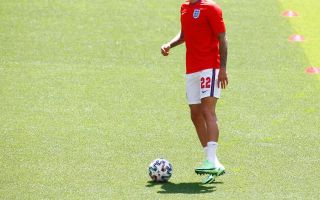 The report states that Paris Saint-Germain are planning a summer swoop for the midfielder who has fallen out of favour with Juventus boss Maurizio Sarri.

The Bosnian midfielder could be available for a knockdown price given his dip in form and would provide the necessary quality and depth in midfield that PSG are looking for.

With the summer transfer window approaching quickly it remains to be seen as to where Pjanic will play come next season with other clubs also interested in his services.