Until two weeks ago a toilet roll was really just a mundane part of life, but now it looks like it might become a currency in it’s own right.

Most people will have experienced the panic buying around the world now and toilet roll is in very short supply, so it’s hard to tell if this video from Barcelona midfielder Riqui Puig is funny or in bad taste:

He does manage to show off his skills and it’s impressive to see, but perhaps this also hints at something shops should be rolling out to customers.

If you want to buy more toilet roll than is reasonable for a human being, then you need to to at least 10 keep ups and throw a skill in there too. 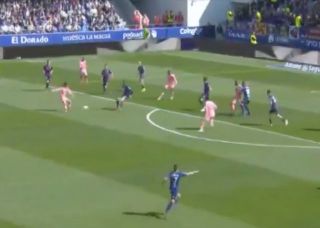