The 16-year-old attacking midfielder looks a real talent who could have a big future in the game, and Man Utd could be helped by his current contract situation.

According to the Daily Express, Beyaz’s current deal is due to expire in 2021, meaning Fenerbahce could be forced to cash in on him on the cheap before then to avoid the risk of losing him on a free transfer once his contract expires.

It remains to be seen if the Red Devils will definitely get a deal done, as for now the report suggests they’re simply keeping an eye on his situation.

But the details of his contract with Fenerbahce suggest a transfer is there to be completed if United push for it.

MUFC fans will hope Beyaz could become the latest to move to Old Trafford and help continue building for what looks a potentially exciting future. 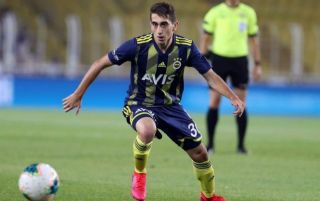