According to Spanish outlet AS, Real Madrid are keen on signing Alphonse Areola on a permanent basis after being impressed by the Frenchman during his loan spell with Los Blancos.

Areola headed to the Spanish capital on a season-long loan last summer, with Keylor Navas joining Paris Saint-Germain on a permanent deal.

AS add that Madrid’s potential permanent move for Areola could make sense given that PSG are currently considering a move for Milan stopper Gianluigi Donnarumma.

Donnarumma’s future in Milan appears to be the key factor that could influence whether or not Areola stays at Madrid as Los Blancos’ second-choice goalkeeper. 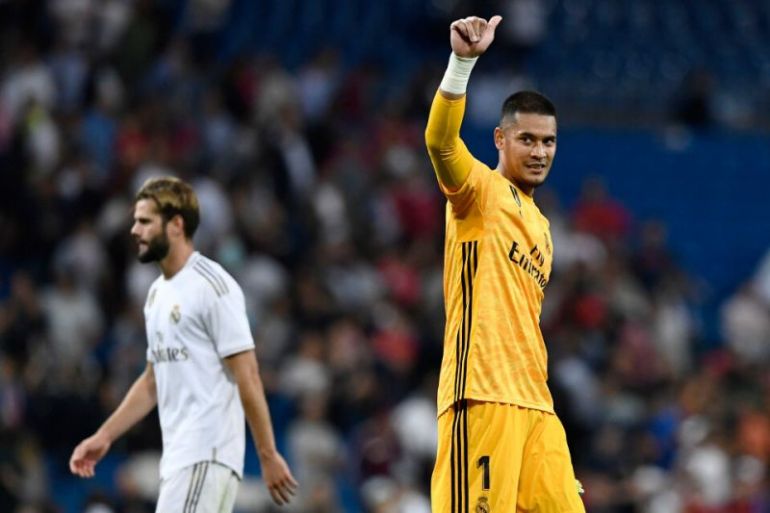 AS add that Madrid had hoped that Andriy Lunin would be ready for a bigger first-team role in the near future, but the ace’s struggles during loan spells with Leganez and Real Valladolid appears to have stopped those plans in their tracks.

Areola has looked fairly comfortable when called upon, the 27-year-old has made eight appearances for Zinedine Zidane’s side this season.

The fact that Areola settled in quite quickly could be down to the fact that the ace already knows Spanish, AS report that he learned the language during a loan spell with Villarreal.

Goalkeeper looks set to join Chelsea after French side move for a former Chelsea target to replace him September 1, 2020 23:05
Chelsea FC

Boost for Chelsea as touted goalkeeping target won’t be kept on by his loan club August 11, 2020 17:06
Paris Saint-Germain

Move to Chelsea could be closer as touted Kepa replacement buys a house in London July 21, 2020 20:07
Chelsea FC

Chelsea could turn to Real Madrid back up to solve problem position this summer July 3, 2020 0:14
Chelsea FC