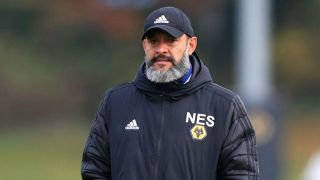 Despite the Premier League being postponed until at least April 4th, both Wolverhampton Wanderers and Aston Villa have been training as usual, as reported by the Express & Star.

This report may come as a surprise to some, particularly with an increasing number of reports of teams placing themselves in quarantine. PL authorities are set to meet on Thursday to discuss how and when the season will be completed, with there being the potential and very likely scenario, of fixtures not resuming on this April date.

Wolves have announced the closure of their stadium Molineux following the coronavirus outbreak, with their staff members being sent home on full-paid leave. Nuno Santo’s side are reportedly scheduled to train as usual at Compton Park though, whilst they wait on further instructions as to what to do next.

This is also the case for Villa at Bodymoor Heath, with Dean Smith setting up an ‘international break’ styled system.

Only time will tell as to what the league’s next steps are, but other country’s situations would suggest that we won’t be seeing the Premier League next month. The Serie A is suspended until further notice, with Ligue 1 and La Liga being in a similar situation to the English division.

It’s important for authorities to prioritise health over finishing the season, despite the complexities involved with making a decision on the latter. Fans and pundits continue to disagree on what should happen, with some calling for the season to be voided, whilst others are classing this in being unjust.

For now though, everybody is simply waiting on a call to be made. Certain clubs in the country continue to train, with others placing their players in quarantine.