Dani Ceballos has posted on Twitter and convinced a large number of Arsenal fans that he’s hinting he won’t be sealing a permanent transfer to the club.

The Real Madrid midfielder has been on loan at the Emirates Stadium this season and done well in patches, though he perhaps hasn’t made quite enough of an impact to justify Arsenal trying to keep him on beyond this campaign.

In fairness, however, Ceballos has not been helped by his injury struggles in his time in north London, and he had recently worked his way back into Mikel Arteta’s side before the Premier League season had to be suspended.

It is unclear at the moment if Arsenal are particularly keen on keeping Ceballos, and of course that won’t be helped by the general uncertainty surrounding the football calendar and how that might affect the transfer window in general. 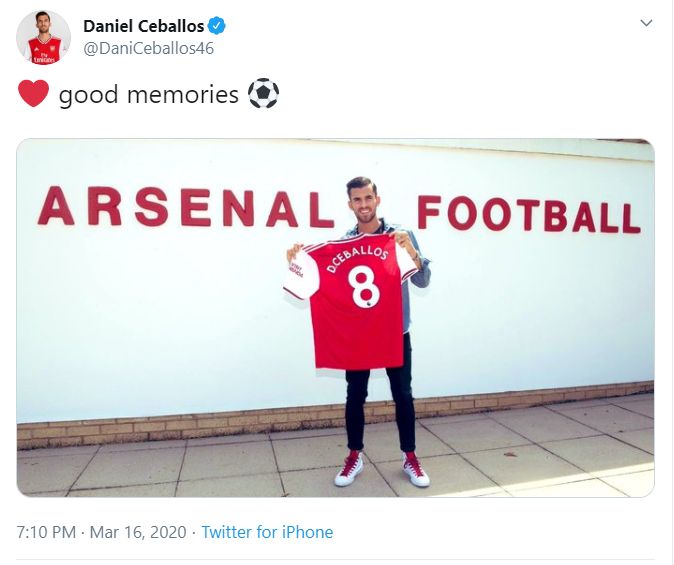 Still, the tweet above has convinced many Gooners that Ceballos is hinting at a goodbye, as his post perhaps suggests he’s already seeing his time with the club as a memory…

We ain’t ever seeing you again are we? pic.twitter.com/UI2wXalZl9

Gracias Dani, very unfortunate we did not get to see more of you under Mikel. Finally we were starting to get some balance with you in the team. Best of luck wherever you go.

Is this a goodbye?