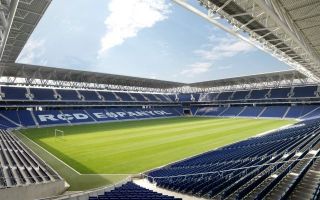 There’s a worrying trend with football clubs around the world confirming that players and staff are testing positive for the COVID-19 virus.

There’s no real way of knowing if this would still be happening if leagues were suspended sooner, but it must be a troubling time for everyone involved at the club.

READ MORE: Title blow for Barcelona as Spanish Federation rules out handing them the title

From a European point of view it was mainly Italy where a lot of these reports were coming from, but La Liga side Espanyol are the latest to confirm positive tests of their staff:

The report doesn’t actually name anyone personally, but in many ways that’s not the point here – they just describe it as members of the playing and coaching staff.

Thankfully they do confirm that it’s just mild symptoms and they are following medical advice for now, but we wish them a full recovery at a difficult time.

Cases like this also demonstrate that although the decision to suspend play has been terrible for the fans, it was the right thing to do from a welfare point of view.