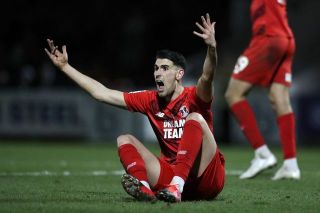 With sporting events being put on pause following the coronavirus outbreak, football clubs on Twitter have been passing the time in some very creative ways.

Various clubs had been engaging in ‘connect four’ and ‘noughts and crosses’ games online, before Leyton Orient took it up a level and declared a big FIFA tournament. They posted the announcement on Twitter on Monday, calling for clubs to take part in their competition.

Despite receiving large volumes of interest, two clubs took the decision to go against participation, due to Leyton Orient’s sponsorship association with The Sun.

Tranmere tweeted asking to be removed from the competition, with Bristol City following in similar suit. 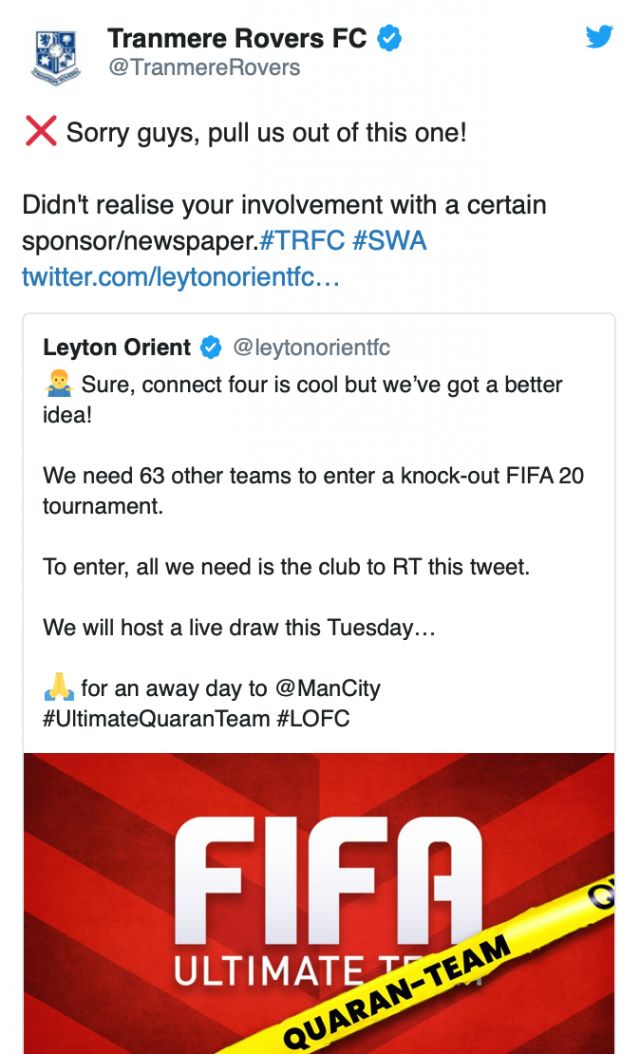 Tranmere are a Merseyside based club, with many football teams in the area having a distasteful relationship with the newspaper, following controversial reporting surrounding the Hillsborough disaster. They were the first and only club to publicly withdraw their names from the FIFA competition, before Bristol City did so on Tuesday afternoon. 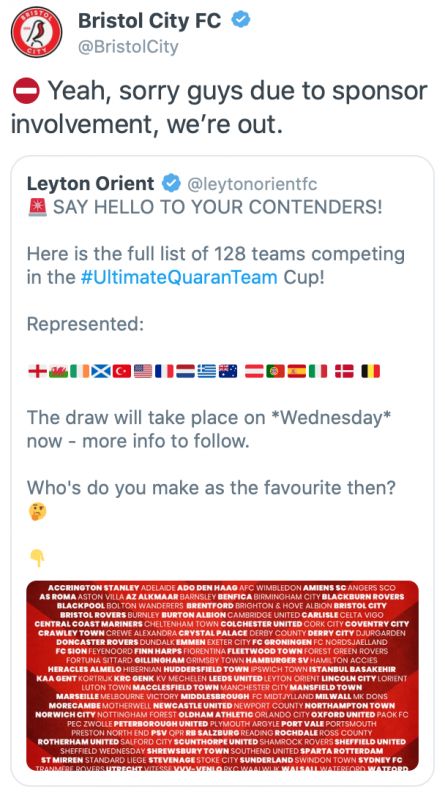 Both tweets received high engagement on the social media platform, with thousands of users ‘liking’ each post. In what started out as a friendly competition between teams on Twitter, soon resulted in two clubs making a political standpoint on the matter.