Although Liverpool have had an incredible season in the Premier League this year, there’s always the danger of others catching up if they stand still.

It’s a tough choice for Jurgen Klopp to make, because it might involve selling some players who could still make a big contribution to the team, but he needs to decide what changes to make now before things become stale.

According to Sportbible via The Mirror, Klopp is preparing to sell up to six players this Summer as he looks to revamp his squad.

It would be interesting to see how much money could be raised from selling those players, and if Liverpool would look to replace them all with new signings or if Klopp might promote some youth players instead. 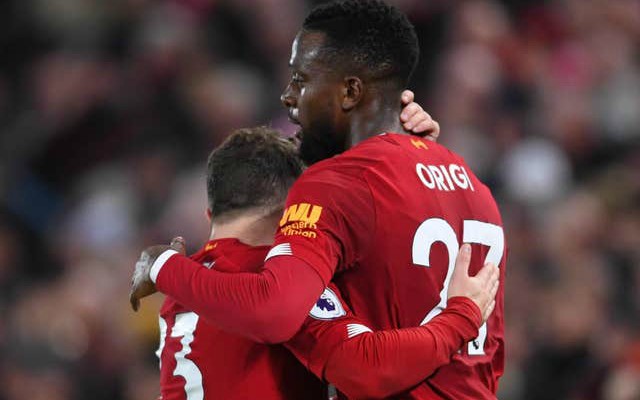 Origi and Shaqiri could be on the way out

All of them are squad players at best, so it suggests he’s looking for some new energy to challenge the established starters rather than tear it all up and start again.

There might still be rumours about the biggest stars looking for a new challenge and moving on whenever football does start up again, but this should be comforting news for the Liverpool fans going forward.