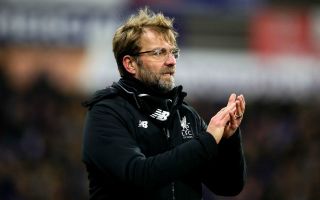 Liverpool may have been handed a boost by a key figure at Uefa, who insists the domestic seasons across Europe need to be completed when possible.

The Premier League and other major European leagues have been suspended due to the outbreak of coronavirus, and despite initially pencilling in early next month to kick things off again, it seems likely we could all be facing a much longer wait.

MORE: Liverpool should not be awarded the title, says Premier League legend

It remains to be seen how this will be dealt with, but there has been growing talk of voiding the Premier League season – essentially starting the next campaign as though this one had never happened.

This would obviously not go down at all well with Liverpool, who need just two wins from nine to be confirmed as champions for the first time in 30 years, while the likes of Leeds United and West Brom are also closing in on promotion to the top flight from the Championship.

Still, Uefa chief Lars-Christer Olsson says: “The priority should be to finish the current seasons.

“Otherwise you don’t know who is going to play in European club competitions next season.”

This could take some time, but it’s thought that it is achievable if summer’s Euro 2020 tournament is postponed, perhaps until next year.