Everton are reportedly interested in signing Roma midfielder Lorenzo Pellegrini this summer, according to Calciomercato.

The Italian side are reportedly reaching out to clubs after lowering their asking price to below his contract’s release clause, with the hope of attracting potential buyers. As per the report, the Toffees are interested in the transfer, with the midfielder now becoming available for a reasonable price.

It’s fair to say that the 23-year-old has enjoyed a productive season so far, registering eight assists in just eighteen league games. Pellegrini is predominately an attacking midfielder, but has been deployed as an inside forward on numerous occasions. He’s composed but creative on the ball, a playmaker-like figure that Everton are currently lacking.

The Merseyside club have been rejuvenated since Carlo Ancelotti took charge back in December, but the side clearly requires some more quality, should they want to be competing in the Champions League.

Signing Pellegrini could be a step forward in this regard, particularly with Gylfi Sigurðsson recently turning thirty. The likes of Tom Davies and Andre Gomes don’t have the same flair or attacking mindset as the Italian, so it is a transfer that makes sense on paper.

Calciomercato also cite that there is less of an interest this year in his services from top pedigree clubs like Juventus and Chelsea, meaning Everton wouldn’t have to fend off any ‘top tier’ clubs in the transfer market. With Ancelotti looking to take his team to the next level, an efficient addition like Pellegrini could prove to be some excellent business. 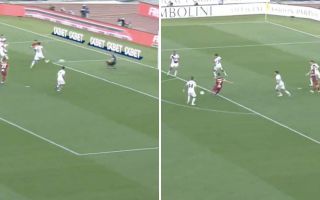