According to the MailOnline, Arsenal are reportedly in talks to sign Hammarby starlet Emil Roback, the Gunners will have to battle German giants Bayern Munich for the 16-year-old’s signature.

Roback, who as per Transfermarkt, has represented Sweden at Under-16s and Under-17s level. The Mail describe the ace as ‘quick and strong’, with the ace also possessing a ‘decent goal scoring record’.

The report also adds that Roback has already visited the Gunners for a training spell, with the starlet also taking a look around Arsenal’s facilities.

‘We were contacted and know about the interest. He has also met Arsenal. There’s a strong interest and there are more clubs as well.’

‘I understand the interest. He is a forward with a great physique, speed and already a skilled goalscorer.’

Arsenal have shown throughout their recent history that the pathway is their for talented youngsters to break into the first-team. Forwards Gabriel Martinelli and Eddie Nketiah are recent examples of this.

With the ace described by Hammarby’s chief as a ‘skilled goalscorer’, the Gunners could be on the brink of signing a real gem – the north London outfit just need need to beat Bayern to the ace’s signature. 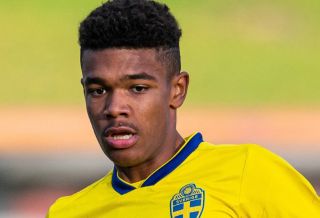 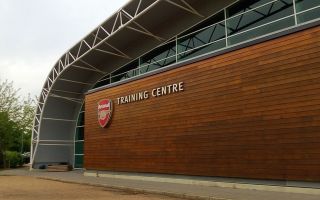