It’s always been the case for Arsenal that their best players will leave, but it must be frustrating that they always appear to be getting towards the end of their contracts as well.

Pierre Emerick-Aubameyang has an incredible scoring record of 49 in 74 games – numbers like that would be hard to replace even if they managed to get a giant fee for him, but that may not happen either.

According to a report from Sport, they had placed a price tag of around €55m on the striker, but they may not even manage to get that much.

They add that they have failed to agree a new contract with him, so The Gunners are now resigned to losing him. Barcelona are now sniffing around and they hope to drive that price down even further.

You have to think a lot of this might come down to how much interest there is in his services. Arsenal aren’t in a strong position when you consider that his contract will run out at the end of next season, so if Barca are the only interested team then they might not have any choice but to accept whatever they offer. 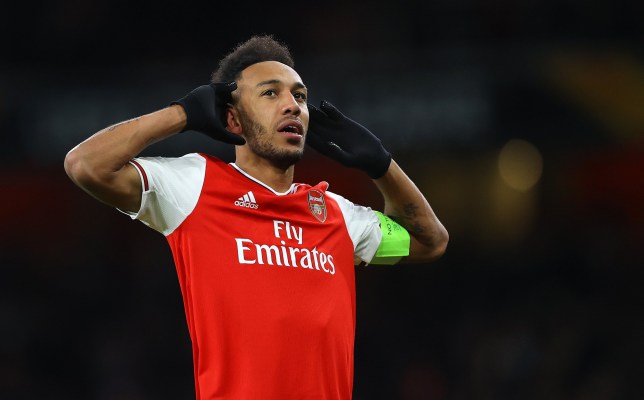 From an Arsenal point of view of course he’s a great player but he’s also over 30, so if they can manage to get a decent fee and sign an able replacement then it might not be the worst thing in the long run.