According to the Sun via Football Italia, Chelsea are reportedly set to battle with European giants Inter Milan for the signing of Udinese goalkeeper Juan Musso.

The Sun claim that Frank Lampard’s side are eyeing the Argentine stopper as a replacement for Kepa Arrizabalaga, Chelsea’s marquee signing has fallen out of favour over the past couple of months.

Veteran stopper Willy Caballero was in between the sticks for the Blues before Premier League and European football was halted due to the Coronavirus pandemic.

Chelsea will have to do battle with former boss Antonio Conte to secure Musso’s services, Inter are reportedly eyeing the ace as a long-term successor to Samir Handanovic.

With Kepa making perhaps far too many costly mistakes for someone that cost £71m, as per BBC Sport, the Blues may see a new goalkeeper as a top priority in the next transfer window.

Musso arrived at Udinese from Argentine outfit Racing Club in 2018, the ace has managed to keep nine clean sheets in 26 Serie A appearances this season.

The ace looks like a real talent to keep an eye on over the next couple of years. 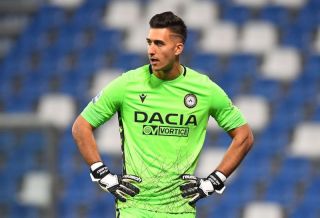 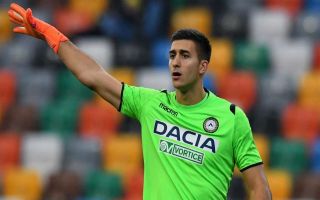