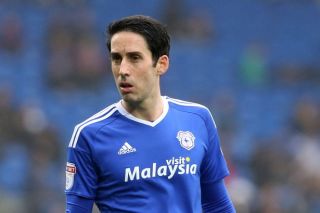 It’s always horrible when anyone passes away, but it’s even worse when it happens to someone who’s young and when it comes as a total shock.

The tributes are pouring in for former Cardiff City player Peter Whittingham who sadly passed away earlier today, and it’s clear just how much he meant to a lot of people.

Not only was he a technically fantastic player with a glorious left foot, it’s clear that he was an outstanding person and that’s coming across in the tributes being paid to him.

Man United boss Ole Gunnar Solskjaer managed him during his time at Cardiff, so it seems fitting that the United website posted a tribute from Solskjaer for his former player.

Speaking about Peter Whittingham he said: “Peter was a fantastic footballer and an incredible human being. I thoroughly enjoyed working with him during my time at Cardiff City.”

“It’s hard to believe that he has been taken from us at such a young age. Peter will be deeply missed and our thoughts are with his family at this very sad time.”

The pair worked together at Cardiff City

He’s best known for his time at Cardiff, but he also played for Aston Villa, Burnley, Derby County and Blackburn Rovers in his illustrious career.

At this point it goes without saying that all of our thoughts are with Peter’s family at this awful time.