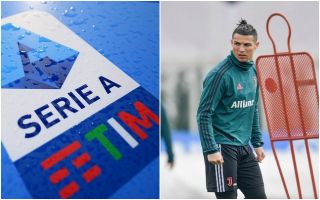 According to the Mirror via Spanish outlet Mundo Deportivo, the Italian Football Federation are on the brink of allowing clubs to apply a salary cut to minimise the economic damages of the Coronavirus in Italy.

As per the Mirror, Serie a clubs could be set to impost a cut on players’ wages by 20-30%, with the Mirror adding that Ronaldo earns £510,000-a-week – the Ballon d’Or winner’s wages will be dented considerably.

Mundo Deportivo report that Ronaldo would miss out on €10m (£8.4m) if this measure was to be taken by the Italian FA.

Whilst no players have done anything to warrant a cut in wages, the stabilisation of Italy’s economy is essential – so I’m not surprised to see that this action is on the brink of being sanctioned.

With Ronaldo being one of the best players of his generation, the former Manchester United and Real Madrid star’s overall fortune won’t be taking a massive hit if this salary cut were to get through.

Mundo Deportivo add that clubs outside of Serie A are expected to experience a lesser cut in wages. Hopefully top division players aren’t hit too drastically in their pockets by this measure.

Italy are the worst affected country by the Coronavirus outside of China so this measure is understandable, regardless of how fair players may deem it to be.

Should other Football Association’s across the world implement similar measures to balance their economies that have been hit by Covid-19?