John Terry is of the opinion that Jadon Sancho would be a great addition to Chelsea’s squad.

One of the finest young talents in world football at present, the England international has been in superb form for Borussia Dortmund this season, netting 17 goals and providing 19 assists in 35 appearances across all competitions so far.

Sancho has been linked to Chelsea with France Football claiming last month that the club opened talks with him regarding a transfer, while the Evening Standard note that Dortmund value him at around £120m.

“It would make us better as well, but the ones that have come through, the Billy Gilmours, Tammy, Mason, Reece [James], it’s endless isnt it? There have been so many positives this season.”

The 19-year-old has established himself as one of the top players in the Bundesliga and it’ll be increasingly hard for Dortmund to keep him as bigger clubs try to acquire his signature. 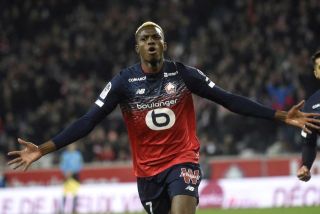 Chelsea have decent options in attack at their disposal already but someone like Sancho would undoubtedly bolster their frontline with his creativity and goals.

Further, with both Pedro and Willian set to see their respective contracts expire this summer, Frank Lampard will potentially have gaps to fill up top if they move on, and given he has prioritised and given youth a chance this season, adding another long-term solution in the form of Sancho could fit what he’s trying to build at Stamford Bridge perfectly.

Time will tell if they get their man, but Terry is seemingly convinced that Sancho would be a big coup for his former club given how far he’s come during his time in Germany.