There seems to be so many little clauses and bonuses in transfers these days that new ones are always popping up, but this one between Liverpool and Barcelona is a particularly strange one.

As reported by Sportbible, as part of the deal that saw Coutinho move from Liverpool to Barcelona, it was agreed that Barca would need to pay at least £100m if they wanted to sign any more Liverpool players before this Summer.

Of course that’s now due to end, so this could be an interesting transfer window if Barca show any interest.

READ MORE: Liverpool could miss out on midfield ace despite lengthy negotiations

Premier League clubs can usually pay a lot of money in wages, but we’ve seen multiple times that Real Madrid and Barcelona can tempt almost anyone to join them – as Liverpool found out with Coutinho and Luis Suarez in the past.

Despite that, you have to wonder how many Liverpool players would be worth less than the £100m fee at this point. 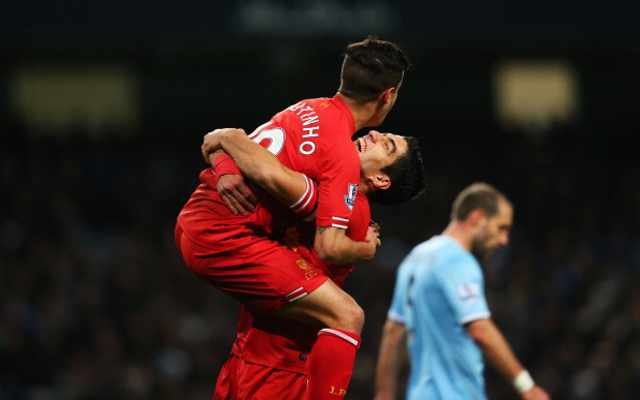 Both players were lured to Spain from Barcelona

It’s pure speculation but you have to think players like Sadio Mane, Roberto Firmino, Mo Salah, Trent Alexander-Arnold and Virgil van Dijk would all interest Barcelona, but it’s hard to see any of those going for a fee under £100m in the current market.

It’s possible that some players could have their heads turned if Barca come calling, and if any decide to force a move then it will be interesting to see if the fee does top £100m or not.