According to the Sun, Manchester United loanee Odion Ighalo has already taken advantage of some of bonuses that are part of his contract.

The Sun claim that Ighalo’s entitled to bonuses of £8,000 per goal and £9,000 for every Premier League win in which the striker is part of United’s squad.

Ighalo joined the Red Devils in one of the most surprising moves of the January transfer window, the ace joined his boyhood club on loan for the rest of the season from Chinese giants Shanghai Shenhua.

The Nigerian striker hasn’t wasted any time in hitting the back of the net for Ole Gunnar Solskjaer’s side, with the bagging four goals from three starts.

Based off this report, this will have netted Ighalo £32,000 in bonus money. The Sun also add that the former Watford star will earn £3,000 for each draw.

The Sun also claim that Ighalo will pocket a ‘hefty sum’ if the Red Devils qualify for the Champions League this season. 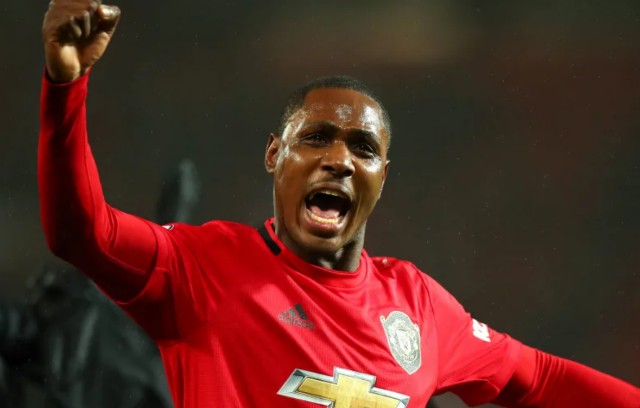 The Nigerian forward was signed to bolster Ole Gunnar Solskjaer’s attacking options following Marcus Rashford’s injury and Ighalo has proved to be a brilliant signing so far.

Ighalo has slotted perfectly into United’s system, the star’s strength and hold-up play give the Red Devils a different dimension in the final third.