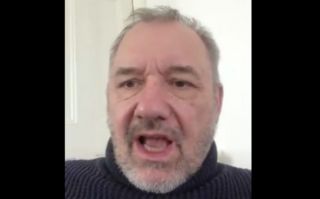 It’s not often that the fields of comedy and professional football meet to such wonderful effect.

On Saturday afternoon, renowned English comedian, Bob Mortimer, produced a three-minute video on Twitter where he took on the role of narrator for a made up movie about Manchester United’s Phil Jones.

Entitled ‘Manchester United’s Phil Jones… Trailer for his new Nutflix movie,’ Mortimer imagines the Red Devils’ defender as some type of modern day superhero, patrolling the streets of Salford looking to do good.