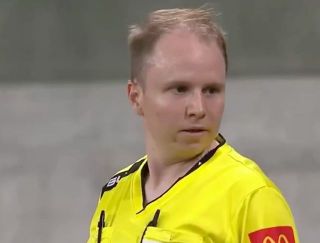 While the football calendar is largely on hold around the world, fans were treated to some live action on Saturday as Western Sydney Wanderers took on Sydney FC.

Countries across the globe are currently busy battling the coronavirus pandemic, but the Australian FA have allowed games to continue this weekend, albeit behind closed doors.

In turn, there is some action to keep us busy with many of us now either self-isolating or staying safe at home, and there was a reason for a chuckle on Saturday morning too.

As seen in the video below, Western Sydney Wanderers boss Jean-Paul de Marigny was busy trolling the linesman after a decision he evidently disagreed with.

Luckily for us, but not so lucky for the official, the microphones picked up what the WSW boss said, as he savagely trolled the linesman by suggesting that his fringe got in his eyes which blocked his vision.

As the camera pans to the official in question seconds later, it’s clear he doesn’t have a fringe at all and quite the opposite, with the commentator unable to stop himself from having a little giggle.

A bit of light-hearted fun in a difficult time, although clearly De Marigny isn’t one to talk about haircuts…

"Did your fringe get in your haircut?!" ?

The WSW manager takes out his frustration on the linesman ?

Every sledge is audible when playing behind closed doors.. pic.twitter.com/t07UkofpDc