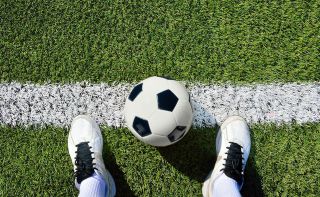 As coronavirus continues to wreak havoc in healthcare systems around the world, it’s thrown the whole footballing calendar into doubt as well, and that looks like including the transfer market in a big way.

Summer is usually the time for conducting deals, but for the moment it is extremely hard to make any predictions about what will be going on both on and off the pitch by that point.

Major leagues around the world have been postponed, with the Premier League recently announcing it could be delayed indefinitely to ensure the 2019/20 campaign can eventually be completed.

The way clubs’ deals with broadcasting companies works, they will need to fulfil their end of the negotiation over playing out the fixtures for 2019/20 that these companies pay them huge sums of money for.

And yet, many think it is extremely ambitious to think about playing football again by the summer, and if the game can resume, it would surely be behind closed doors, affecting some clubs’ finances more than others.

It remains to be seen precisely how this will play out, but given the looming financial crisis, it seems likely teams will find it hard enough as it is to fulfil paying their current players’ and other staff members’ wages, let alone looking to add to their squads with expensive signings.

The transfer rumours, for now, continue to come thick and fast, and that will be down to the fact that negotiations can easily take place without the need for face-to-face interaction, with much being discussed over platforms like WhatsApp, Skype and FaceTime as it is.

But finances will affect how much clubs can do, as will the fact that scouting is going to be that much harder while players aren’t playing, especially as it’s considered important for clubs to be able to watch games in the flesh to really judge a transfer target, even in this day and age of endless supplies of video analysis and data.

Dates over deals will also no doubt have to be discussed as some clubs will no doubt push for special extensions to players coming towards the ends of their contracts or loan contracts on June 30 if the season has to be played on through the summer.

Fans will no doubt be itching to see football of any kind on their TV and computer screens again as soon as possible, but we could also be made to endure an anxious wait for the return of genuine transfer news that serves as another useful distraction in-between.