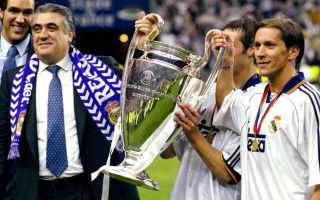 Former Real Madrid president Lorenzo Sanz passed away only a day after turning 76.

Sanz’s son Fernando confirmed his death on Twitter. The former Real Madrid and Malaga player wrote: “Today is the saddest day of my life, he has left us a great father and a great grandfather, a unique person, made himself who was able to achieve everything he set out to do, but his greatest achievement was his family, dad I love you And I know that you will always keep taking care of us.”

According to BBC, he was hospitalised few days back after contracting coronavirus, with the Guardian adding that he had initially stayed at home so as to not put Spain’s health service under further strain. Their report adds that he also suffered kidney failure following an infection, but it’s not entirely clear quite how much this was related to his coronavirus diagnosis.

Sanz joined Real Madrid in 1985 as their director and held that position till 1995 after which he became the club’s President, succeeding Ramon Mendoza. He was succeeded by Florentino Perez in 2000. Sanz tried to become Real’s President again, in 2006 but lost to Ramon Calderon. The Spaniard was also the owner of Malaga from 2006 to 2010. Under Sanz’s presidency, Real Madrid won two Champions Leagues in 1998 and 2000. He brought some high-profile players to the club that included Roberto Carlos, Davor Suker, Clarence Seedorf, Predrag Mijatovic and Bodo Illgner.

Our thoughts and prayers are with Sanz’s family and loved ones at this time and we can all hope for the recovery of the many people who have contracted the coronavirus.