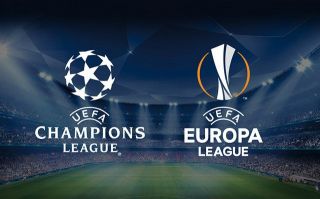 UEFA have confirmed that both the Champions League and Europa League finals have been postponed having been originally scheduled for May.

Football across the world has been suspended amid the coronavirus outbreak, with domestic leagues now being pushed back and having to finish much later than initially planned.

UEFA have already confirmed that EURO 2020 has been postponed until next year, which in turn frees up calendar for the club competitions to finish and reach fair outcomes.

However, this is all dependent on the coronavirus crisis and whether or not it is safe for the players, fans and all concerned to complete the fixture schedule as normal.

As seen in their tweet below, UEFA have confirmed that both the Champions League and Europa League finals will no longer be played in May 2020, while they have yet to confirm when the rearranged games will take place with a further announcement expected in due course.

While the summer calendar is now clear and allows for flexibility, much will still be decided depending on whether or not the coronavirus crisis is under control or not. This decision from UEFA suggests that they don’t believe they’ll be in a position to safely hold these showpiece events in May, and so time will tell how the pieces fall into place moving forward.

As a result of the COVID-19 crisis, UEFA has today formally postponed the following finals, originally scheduled for May 2020.@UWCL@EuropaLeague@ChampionsLeague

No decision has yet been made on rearranged dates. Further announcements will be made in due course.