In an exclusive interview with the Daily Star, former Premier League and England star Joe Cole believes that this season should be restarted from ‘scratch’ if the campaign can’t be finishes due to the Coronavirus epidemic.

Cole was on Liverpool’s books for three years, but his suggestions would hinder his former club’s chance to lift the title after an impressive season.

Jurgen Klopp’s men are sitting 25 points clear at the top – with the Reds having nine games left to play. The Merseyside outfit only need six points from their remaining fixtures to secure the title.

Here’s what the retired England international has to say on the situation:

“Obviously we need to finish the season as soon as we can, if we’re allowed to. That would be ideal.”

“If we can’t finish the season, and it’s getting close to the following season, the only situation which I think is fair is to just restart it.”

“Everyone’s tribal. Everyone wants what’s best for their clubs. But unless you do a blanket thing for everyone, it’s going to have knock-on effects.”

“In my opinion, that’s the only solution. Restart from scratch if we cannot finish the league.”

“I’m sure there are more intelligent people than me coming up with solutions but we’re in a situation as a country where we have to stick together.”

Cole also compared the current situation to the hypothetical early ending of a 100m sprint race:

“Everyone in the football world needs to understand that as well. Finishing a 100m race at 70m leaves a lot of arguments.”

“We’ve seen so many times in sport – it throws up so many surprises, doesn’t it? You can never be sure what’s going to happen.”

“We’re in a situation where people have to be selfless in their lives and in football we need to lead the way.”

“It’s going to benefit some clubs and others are going to be very upset but bigger things than football are at stake. It’s people’s lives and livelihoods.”

It would be incredibly harsh for Liverpool to miss out on a historic first Premier League title if the season was unable to be finished during the summer.

Do you think that the best option would possibly be delaying next season in order to ensure that the current campaign is finished?

Cole doesn’t specify his thoughts on promotion or relegation either, how would it be fair for the likes of Leeds and West Brom to miss out on a Premier League spot if the top flight was forced to ‘restart’?

Similarly, bottom-placed Norwich would therefore remain in the top-flight, despite currently being six points from safety.

As much as people will want clear answers to the question marks surrounding these issues, it’s worth more remembering that we should be focusing our efforts on doing our best to prevent the Coronavirus from spreading further.

Football should be an afterthought for everyone until we stop Covid-19. 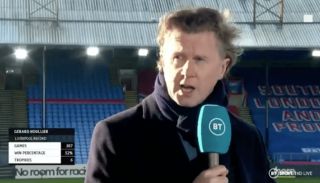 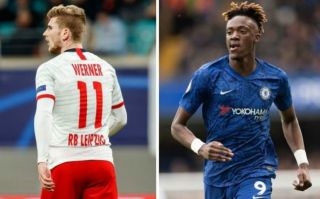