According to the Liverpool Echo, Rio Ferdinand has called for the Premier League season to be ‘voided’ due to Coronavirus concerns, the Man United legend made the claim in a live Instagram Q&A session.

Liverpool have put themselves in a remarkable position to win their first ever Premier League title, the Reds are 25 points clear at the top – Klopp’s side need just six points from nine games to mathematically secure the trophy.

The Merseyside outfit have done everything they could’ve done to put them in a position to win their first top-flight title in 30 years – it would be a real shame to see this moment snatched away due to Covid-19.

The Echo report that the Premier League and EFL have suspended their respective competitions until April 30 at least, Ferdinand believes that the season ‘should just be voided’.

Regardless of how controversial this stance may seem, Ferdinand raised some fair points. The former centre-back believes there isn’t a way to finish the campaign without health being ‘compromised’.

The BT Sport pundit also reiterated that players ‘are part of society’ as well, hinting that the relevant authorities should be doing the upmost to keep pros protected at this challenging time for the entire world.

Generally, it seems that Rio isn’t convinced with the safety of playing games ‘behind closed doors’. A considerable amount of people are still required for a game to go ahead, even when fans aren’t in attendance. 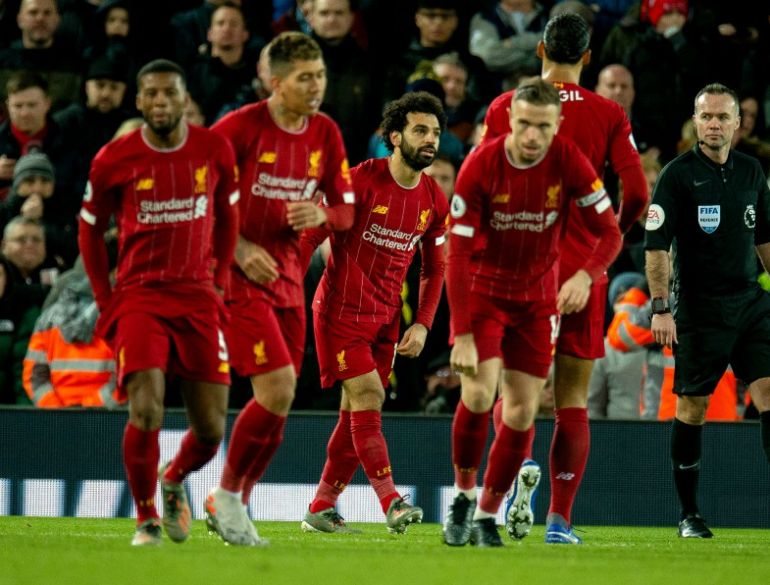 Liverpool have been near unstoppable in the Premier League this season.

Here’s what Rio had to say on his plans to end the season:

“I just think the Premier League should just be voided,”

“Just void it. I know there are going to be a lot of Liverpool fans going ‘Oh Rio, it’s just because you support Manchester United and it’s Liverpool’.”

“It’s not that, it’s just that I don’t see a way that it can be done, where health isn’t compromised. Simple as that.”

“All this behind closed doors business, you’re still going to have the players there. What are the players not classed as part of society?”

“There are players who are going to go down lame from the illness, who might not have recovered or who will catch it from someone.”

“Then it spreads to other players, so it won’t be fair, it’s not a level playing field, I just don’t feel it’s right.”

“And there’s going to have to be people in that stadium to man the stadium – security, etcetera, as well in there, which puts everyone at risk.”

Here are the other points that the England great raised:

“This is about life and death situations, about society and the wider grand scheme of things. So, football, it ain’t that serious in that sense.

“When it comes to matters like these, you’ve got to put people’s health before anything and I just think that’s the way it should be.

“Start the season with a clean slate. Once this health situation is all ironed out, all sorted out, then we can start a new season, because I just don’t see it happening in that time.

“Now if we wake up in the next month and it’s all gone and the country can get back to normal immediately, then I think a conversation can then happen about that.

“But I don’t see that happening, not from what we’re being told.”

Here’s what Rio had to say specifically on the prospect of fixtures being played behind closed doors:

“PSG v Dortmund the other day, behind closed doors, but outside there were thousands of fans,” he added.

“Now imagine Liverpool were to win the league, which they would. Do you think all those fans, after all those 30 years of hurt, are going to sit at home and say ‘well done guys, cup of tea, let’s go, cheers, on to the next season’?

“They’ll be out. I’d want to go out, and not everybody is sensible in situations like that. People would be out trying to celebrate and go crazy, because that’s what football does. It brings out emotions and people sometimes act out of character.

“I think it would be silly to put these fans in a position where they are going to do stuff that’s not right for society in general, so just void the whole season.”

Is Rio’s method the safest and fairest way to draw an end to the Premier League season or would this be a robbery towards a team like Liverpool who deserve to win the title this term?